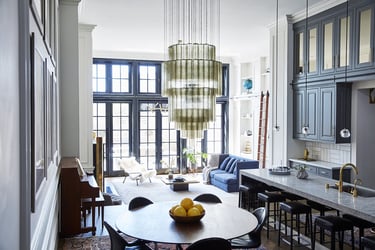 is one of the most popular tourism destinations in the world. Find homes for sale Orlando FL and research local real estate market trends. Search new listings, scheduled open houses, recent solds, and price reductions in Orlando. To adjust how your search is displayed, click the gray arrows next to "Sort" to display homes in Orlando by price, number of bedrooms, or days on market.

If you would like to know more about any of these Orlando listings, just click the "Ask A Question" button when viewing the details of the property. We can provide you with past sales history, dates and prices of homes recently sold nearby, and more. If you'd like to take a tour, click "Schedule A Showing."

Set up and save your own custom home search by clicking the starred "Save" button to register for a free account so that you can receive email alerts whenever new Orlando properties come on the market.

Expecting the Unexpected in the Magical City of Orlando

The City of Orlando is the most visited destination in the United States. In fact, the city had a record 75 million visitors in 2018.

It's no mystery why so many Americans flock to Orlando for their annual vacations. The City of Orlando is home to many of the top entertainment destinations in the world.

But what is it actually like to live in Orlando? It might not be what you expect.

Keep reading to learn more about what to expect when moving to the City of Orlando.

Orlando is nicknamed "the City Beautiful" and it's not hard to figure out why. Orlando is one of the biggest spots for tourism in the world. This is because of the city's entertainment options as well as its propensity to host major events and conventions.

Orlando is one of the busiest cities in the country for conventions and conferences. In fact, the Orange County Convention Center is the second-largest of its kind in the country.

Of course, the biggest draws to the city are Walt Disney World and the Universal Orlando Resort. The City of Orlando is also home to the University of Central Florida. This campus is the largest in the United States.

What to Expect When Moving to Orlando

When you think of moving to Orlando, you probably think of the tourist attractions. However, actually living in Orlando isn't all about Disney World. The City of Orlando has so much more to offer to its residents.

Let's take a look at what you can expect when moving to this magical city.

Orlando consists of mostly wetlands including lakes and swamps. Because the terrain is flat, the land is low and wet.

There are hundreds of lakes in the area. Orlando has 115 neighborhoods within its city limits as well as many unincorporated communities.

Orlando has a humid subtropical climate like much of the deep South.

Orlando has two main seasons. The hot and rainy season, which coincides with the Atlantic hurricane season, lasts from May through late September. The warm and dry season lasts from October to April.

Orlando is warm and humid because of its low elevation and its location in the center of a peninsula. It's also located near the Tropic of Cancer and the Gulf Stream, which contributes to its climate.

Orlando receives an average annual rainfall of around 50 inches, which generally occurs from June to September.

Orlando is known as a major center for the hi-tech sector. The technology industry is a significant player in the local economy and provides a significant number of jobs.

The City of Orlando is recognized at the national level for its innovation in areas like digital media, software design, aviation, aerospace, and agricultural technology. The city is of course home to the Kennedy Space Center.

Countries from all around the world have facilities in the city. Orlando is also home to one of the largest research parks in the country. Central Florida Research Park houses over 100 companies and the United States military simulation and training programs.

The local economy is also bolstered by the film, television, and electronic gaming industries. These industries are aided by the presence of Universal Studios, Disney's Hollywood Studios, and numerous other entertainment companies and schools, like Full Sail University.

Orlando has two options when it comes to non-profit healthcare systems: AdventHealth and Orlando Health.

Orlando Region Medical Center, which is part of Orlando Health, is the only level I trauma center in the state. The area also features two level III neonatal intensive care units at AdventHealth Orlando and Winnie Palmer Hospital for Women and Babies.

Orlando has expanded its healthcare research initiatives with the completion of a new VA hospital, the Nemours Children's Hospital, and the University of Central Florida's College of Medicine.

Both sales and medium house prices are on the rise in Orlando. This makes sense as Orlando is a highly desirable area with a variety of housing options.

When it comes to employment, Orlando has consistently lead the nation in job growth. The area has been the fastest-growing job market in the country in recent years.

This has made the area the fastest-growing metro in the nation. The state has also seen a greater increase in jobs than the nation as a whole.

Orlando's government is a mayor-council system. The mayor is a strong-mayor who is elected via a city-wide vote.

Sports are a big part of local culture but there is still plenty for art and music lovers. The city has a thriving local music scene. It also hosts numerous large cultural events including art, film, and music festivals.

Because there is a significant Hispanic community in the area, there are plenty of Latin inspired festivals and restaurants.

You can also find food from all around the world in Orlando, especially being served from a gourmet food truck.

The majority of Orlando residents speak English as their first language. The second most commonly spoken language in the city is Spanish.

The city is home to 99 public elementary, middle, and high schools. 21 of these high schools are ranked on the U.S. News & World Report's Best High Schools list.

State colleges include Valencia College and Seminole State College of Florida. There are also many private universities and colleges as well as supplementary schools.

Orlando has a variety of options for sports fans. Perhaps most famous is the NBA's Orlando Magic, who play home games at the Amway Center.

Orlando offers residents ways to get around without a car. The Lynx bus system services residents of Orlando and its surrounding counties. The city also offered a downtown bus service called Lynmo.

Greyhound Lines offers bus service to other cities around the country. Taxis are a great way to get around downtown Orlando and to/from major attractions.

Currently, Orlando and its surrounding communities are serviced by a local commuter rail line called SunRail. There are three airports in Orlando.

Orlando is expected to be serviced by high-speed rail starting in 2022.

Moving to the Magical City of Orlando

As you can see, it's obvious why the City of Orlando is referred to as magical. If you're interested in living in one of the fastest-growing and most exciting cities in the county, look no further than Orlando.

You'll never run out of things to do when you live in this city. At the same time, you can also get a great education and have some of the best employment options in the nation.

We are here to help you find the home of your dreams in Orlando. Click here to contact us today and learn more about how we can help guide you home.