Oakland Park is absolutely everything that Florida 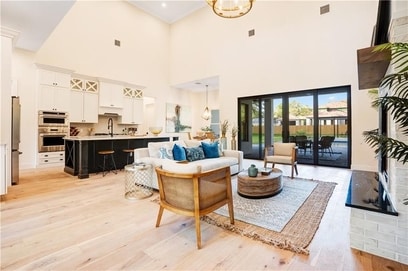 If you would like to know more about any of these Oakland Park listings, just click the "Ask A Question" button when viewing the details of the property. We can provide you with past sales history, dates and prices of Oakland Park homes recently sold nearby, and more. If you'd like to take a tour, click "Schedule A Showing."

Set up and save your own custom home search by clicking the starred "Save" button to register for a free account so that you can receive email alerts whenever new Oakland Park properties come on the market.

With gorgeous and scenic  views and its close proximity to the marvelous Winter Garden town, it makes this community the picture perfect balance of modern day conveniences and old Florida charm. Our preservation of the natural surroundings and the area’s history, character and craftsmanship create a stunning sanctuary that you’ll want to call home

Winter Garden is a rapidly growing city in Central Florida. In Winter Garden, Florida homes for sale are abundant. There are on average over 350 to 400 homes are on the market at any given time. Just in the last 2 years over 3,900 homes were sold in the area. 600 of those were townhomes, 116 were condos and 3127 were traditional single family homes. That is a lot of real estate.

Winter Garden is located minutes away from downtown only about 14 miles which is approximately 23 kilometers. The city of Winter Garden has a population of approximately 41,988 people according to the 2016 Census. That has grown from the 2000 census when the population was just 14,351. Which in result means that there are an immense amount of people who need housing, and also a great amount of people who will be listing their home for sale one day. This assures a decent amount of homes for sale in the city and zip code.

Let Us Guide You Home